After humans, halflings are the ones that have spread the farthest around the continent and it’s not hard to find one nearby, unless – of course – he does not want to be found. But unlike humans, they’ve always lacked the drive and ambition to surpass or outshine those that surround them. Throughout history on Eridor no one ever heard of great halflings nations, nor of any halfling nobility. They have, however, always known of halflings.

Lucky. On rolling a 1 on and attack, ability check, or saving throw, a halfing can reroll the die and use the new roll.

Brave. Halflings have advantage on saving throws against being frightened.

Halfling Nimbleness. A halfling can move through the space of any creature that a size larger than them.

Lightfoot halflings are nomadic by nature, and rarely stay rooted to a place for long. They travel in small groups and their camps can be found all throughout Eridor. However, the sight of a halfling caravan in human lands is commonly seen as an unwelcome burden, and as such the lightfoots have developed an unusual knack for hiding from notice. In the bustling streets of a major city they are practically invisible.

In spite of the prejudice they can be the target of, the lightfoots are mostly inclined to be affable, quick to forgive, and often get along well with others when given the chance. 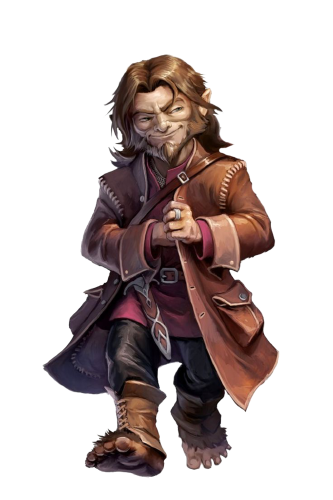 Naturally Stealthy. Lightfoots can attempt to hide even when they are only obscured by a creature that is, at least, one size larger than them.

Much less prone to wanderlust than their lightfooted brothers, stout halflings are of a hardier stock but still as affable and positive. They gather in simple pastoral communities to the south of Eridor, near the hill dwarves' settlements, where they tend to their lush farms and well-kept groves.

Most care little for the affairs of the outside world, and are perfectly happy with a simple and orderly life within their close-knit communities. 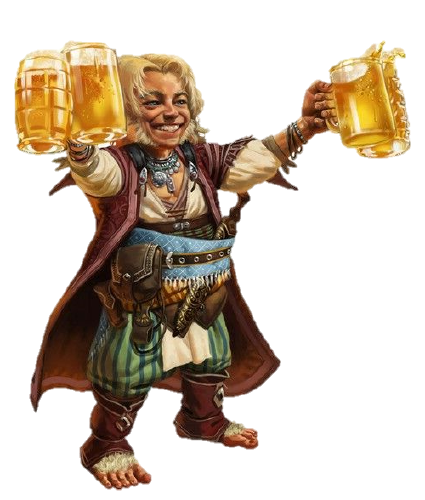