Often seen as aggressive and predatory by other communities throughout the most remote parts of the land, the goblinoids that populate Orth are far from just being the simple adversarial creatures that preconceived notions would have you believe. Their culture and history is one that has outlived many extinct civilizations that, in their hubris, considered themselves superior.

Once holders of a mighty civilization, their mercurial nature was the double-edged sword that allowed them to thrive but also proved to be their undoing. However, their keen and resourceful nature helped them prevail over adversity, and organized communities can still be found in all corners of the world.

Strongly ingrained in their culture is a social stratification that defines their society in such a way that places bugbears at the bottom, hobgoblins at the top, and goblins square in the middle. Exceptions exist, but any attempt to rid them completely of this form of speciesism has failed. They share some ancestral links with the orcs of northeastern Eridor, in a troubled relationship that fluctuates constantly between tolerance and open hostility.

Due to their large and furry appearance, bugbears are commonly seen as brutish and dim-witted by outsiders of goblinoid society. In reality they can be as resourceful and resilient as their cousins, despite being often casted into simple martial roles by strict goblinoid tradition. 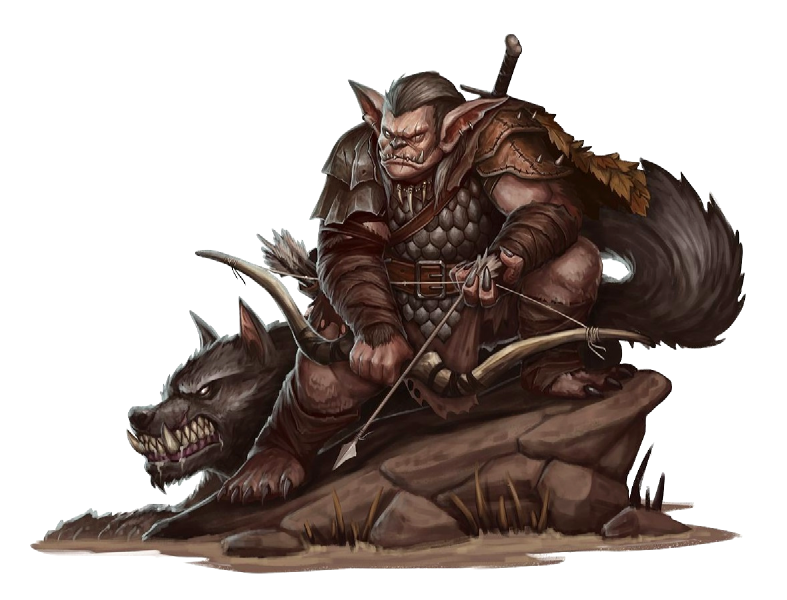 Long-Limbed. When a bugbear makes a melee attack, their reach is 5 feet greater than normal.

Powerful Build. Bugbears count as one size larger when determining their carrying capacity and the weight they can push, pull, drag, or lift.

Sneaky. Despite their size, bugbears can proficiently Stealth.

Surprise Attack. Once per combat, bugbears that surprise a creature, and hit it with an attack, deal an extra 2d6 damage to it.

By far the most common of the goblinoids, it is not hard to meet quite a few of them in the larger cities of the world where they thrive as shrewd merchants, tinkerers, and even adventurers. Outside of populated areas, in the harsh wilds, goblins tend to stick together in small comunities.

Left to their own devices, goblins look out for themselves, preferably without drawing unwanted attention from any larger, more powerful people. As a group, however, they can be quite a fierce force to be reckoned with. 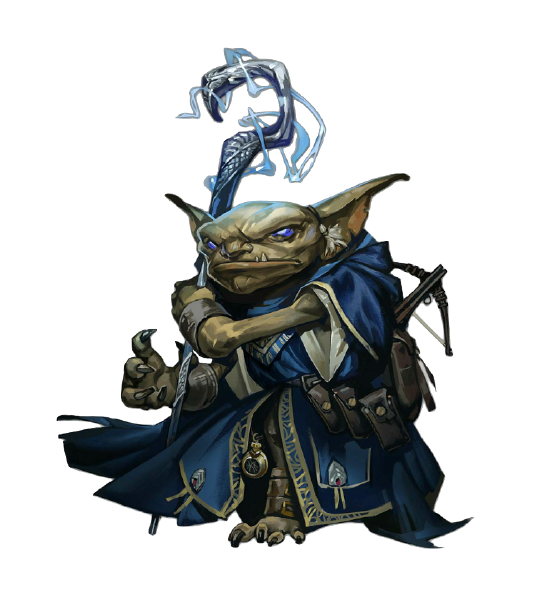 Fury of the Small. Once per short or long rest, when goblins damage a creature with an attack or a spell and the creature’s size is larger than them, they can cause the attack or spell to deal extra damage to the creature. The extra damage equals their level.

Nimble Escape. Goblins can Disengage or Hide as a bonus action on each of their turns.

Hobgoblins can usually be found occupying all manner of top positions in the social strata of goblinoid society. Larger – often stronger and smarter – than their direct cousins, they orbit to positions of power usually by merit, belief, and dedication.

When raised on common goblinoid tenets, hobgoblins are shaped by the ideal of a strict belief code and rigid martial discipline. For this they are seen as the least flexible of the goblinoids, and those who are the most adverse to change.

Martial Training. Most hobgoblins are proficient with with light armor (or a simple/martial weapon, or tool) and two martial weapons (or tools) they have chosen.

Strength in Unity. Once per short or long rest, if they miss with an attack roll or fail an ability check or a saving throw, they can gain a bonus to the roll equal to the number of allies they can see within 30 feet of them (maximum bonus of +5).