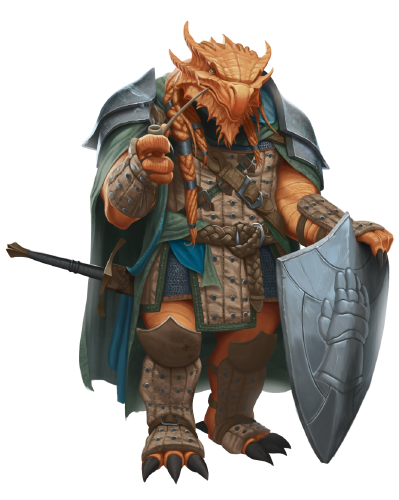 Draconic Ancestry. All dragonborn have draconic ancestry. Breath weapon and damage resistance are determined by the dragon type, as shown in the table.

Breath Weapon. Once between a short or long rest, a dragonborn can exhale destructive energy. Their draconic ancestry determines the size, shape, and damage type of the exhalation. When using the breath weapon, each creature in the area of the exhalation must make a saving throw, the type of which is determined by the draconic ancestry. The DC for this saving throw equals 8 + Constitution modifier + proficiency bonus. A creature takes 2d6 damage on a failed save, and half as much damage on a successful one. The damage increases to 3d6 at 6th level, 4d6 at 11th level, and 5d6 at 16th level.

Damage Resistance. Dragonborn have resistance to the damage type associated with their draconic ancestry. 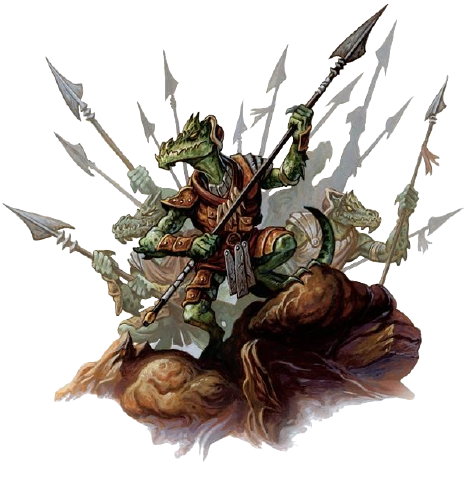 Yapper. As an action, kobolds can distract nearby foes. Until the end of their next turn, allies that can see them gain advantage on attack rolls against enemies within 10 feet of them. Once they use this trait, kobolds can’t use it again until a short or long rest is finished.

Pack Tactics. Kobolds have advantage on an attack rolls against a creature if at least one of their allies is within 5 feet of the creature and the ally isn’t incapacitated.

Sunlight Sensitivity. Kobold have disadvantage on attack rolls and on Wisdom (Perception) checks that rely on sight when they, the target of their attack, or whatever they are trying to perceive is in direct sunlight.