The energetic children of Garl Glittergold take delight in the life on Eridor, and enjoy every moment of it, whether it’s in communion with nature or tinkering in a shop in the dwarven warrens.

Darkvision. Accustomed to life underground, gnomes have superior vision in dark and dim conditions. They can see in dim light within 60 feet as if it were bright light, and in darkness as if it were dim light. They can’t discern color in darkness, only shades of gray.

Gnome Cunning. Gnomes are advantage on all Intelligence, Wisdom, and Charisma saving throws against magic.

As their common name implies, forest gnomes dwell in the woodlands throughout Eridor. They share a fellowship with the wood elves and can sometimes be found integrated in their communities. However, they are not as open nor as welcoming, and usually mask their presence using illusions and trickery. For this reason, it is extremely rare to find them far from their groves, or to find their groves at all.

Despite their reclusiveness, forest gnomes are friendly with other good-spirited woodland folk and befriend most forest animals, relying on them for information about threats that might prowl their lands.

Natural Illusionist. Forest gnomes know the cantrip minor illusion. Intelligence is the spellcasting ability for it.

Speak with Small Beasts. Through sounds and gestures, forest gnomes can communicate simple ideas with small or smaller beasts.

Naturally inventive and hardy, rock gnomes seem almost diametrically opposed to their forest brethren. They are curious explorers that travel the world searching every nook and cranny for new and exciting adventures. However, their friendly – and often overly excitable – attitude has given them a reputation of being grating and a nuisance. Some might even be considered downright dangerous.

Still, if properly channeled, their tinkering spirit can make them very useful around Eridor, and nowhere is that more apparent than with the gnome community that has found a permanent home with the stern mountain dwarves.

Above all else, most rock gnomes embody the characteristics of their creator and patron deity, choosing to spend their long lives by filling each day with as much fun and enjoyment as possible. 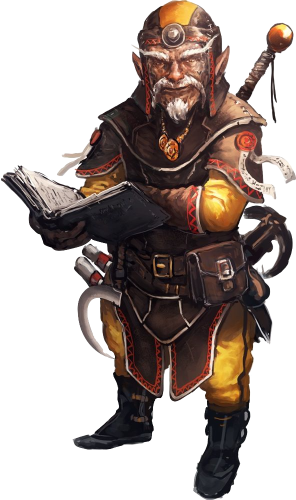 Tinker. Rock gnomes have proficiency with tinker’s tools. They can spend 1 hour and 10gp worth of materials to construct a tiny clockwork device (AC 5, 1hp) that cease to function if left without at least 1 hour of maintenance for 24 hours. The gnome reclaims the materials used if they dismantle the construct, and can have up to three such devices at the same time.

Pragmatic, and often grumpy, cousins to the rock gnomes that live in scattered communities in the Underdark. 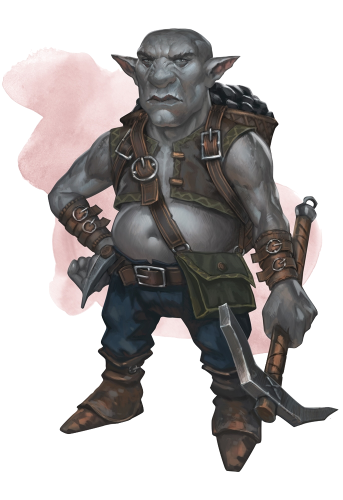 Superior Darkvision. A deep gnome’s darkvision has a radius of 120 feet.

Sunlight Sensitivity. Deep gnomes have disadvantage on attacks and perception checks that rely on sight when they, the target of their attack, or whatever they are trying to perceive is in direct sunlight.

Svirfneblin Magic. Deep gnomes can cast nondetection on themselves at will, without needing a material component. They can also cast each of the following spells once with this ability: blindness/deafness, blur, and disguise self. They must finish a long rest in order to cast these spells again using this trait. Intelligence is the spellcasting ability for the spells.

Extra Language. They can speak, read, and write another language (usually Undercommon).