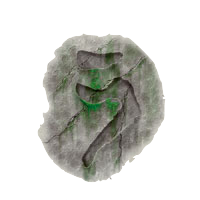 Matron deity of all orcs, Luthic is the ancestral consort of Gruumsh, the embodiment of orc culture, and guardian of their past, present, and future.

For ages Luthic served Gruumsh unflinchingly, and stood by his brutal doctrine and oppressively patriarchal views for orc society. However, the constant exposure to the cruelty Gruumsh subjected onto his own mortal creations, softened her heart steadily just as much as it strengthened her resolve. She eventually embraced a path of freedom and preservation of her sons and daughters. No longer should they be mindless tools of war, and slaves to bloodlust. They should be free to walk their own path.

It is the influence of Luthic that binds orcs together and makes them internally cohesive. She is the force that keeps the explosive rage of Gruumsh from bursting the orcs apart, helped them move away from zealot barbarism, and guide their separate clans to flourish into a powerful and honorable civilization.

Tradition is important to Luthic above all else. Tradition begets devotion, which in turn invokes dedication, honor, and cohesion. Ancestral ritual and a sense of duty is paramount to all of her followers.

Luthic dictates orcs should never forget their past, for the strife it represents is the fire from which the orcish soul will draw the strength to sustain its present, and build its future.

Luthic is often thought to take the guise of an enormous cave bear. Her followers honor this aspect of her by keeping cave bears as pets, and also grow their claws long and paint them black to mimic the fearsome talons of their goddess.

Luthic’s clergy is mostly female. While male clerics are not unheard of, it is the females that most often hear the calling. At the head of the order – and the top of Eridorian orc society – is the Lurz’esh, the empress of the Than’akai. Appointed by divine right, she guides her followers in their spiritual life.

The clergy raises young orcs to be warriors, and then – at the end of their lives – are there to take them to be carried into death and the great unknown. They also serve as the master crafters, engineers, and builders.

She is depicted as a fertile orc matron with huge, razor sharp claws made from overly long, sharpened, magically unbreakable fingernails. Her avatars fight bare-handed with their claws because – at the height of Gruumsh’s oppression – only the males of the community were allowed to wield a weapon.